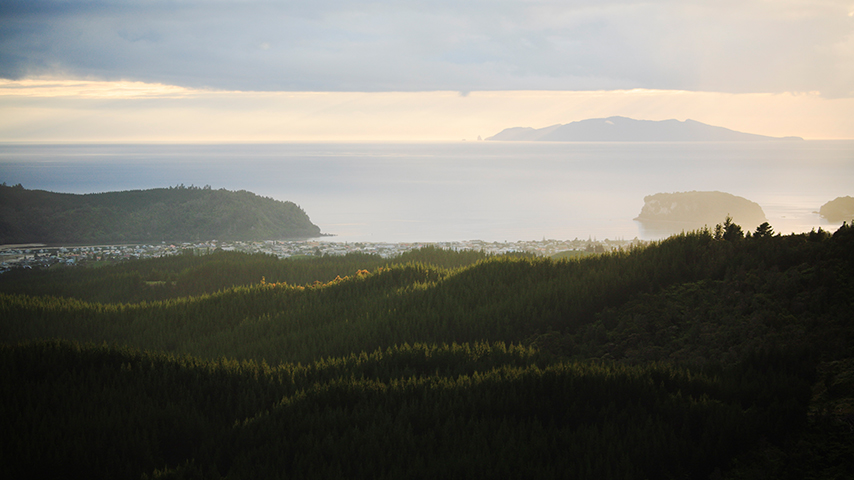 Rayonier established itself in New Zealand in 1988, after the Government announced the privatization of the Forest Service, initially as a log export operation and then purchased its first forest in 1991.

From small beginnings, Rayonier threw itself into the New Zealand forestry industry. Backed by Rayonier Inc’s wealth of experience and highly skilled foresters, the New Zealand operation focused on sowing the seeds for a great future for the company and for the industry. Rayonier remains the majority owner of Rayonier Matariki Forests.

Matariki Forests was formed in 2005 through the acquisition of ex Carter Holt Harvey forests as well as the purchase of Rayonier’s forestry assets. Rayonier has continued to remain both an investor in and manager of the Matariki Forests joint venture.

Matariki Forests was named to recognize the Maori name for the Pleiades constellation which appears above the horizon in early June signifying the start of the Maori New Year. Traditionally this is the time when new crops are planted – or, in Matariki Forests’ case, new trees – and the beginning of a new cycle of growth.

We have built a highly successful log trading business and in the last few years, it has quadrupled in size through expanding log trading operations in New Zealand and Australia.

Now known as Rayonier Matariki Forests, or RMF, we continue to innovate to grow, striving towards operational and technical excellence and inspired people.

We work with a diverse group of owners and a range of land tenure arrangements, from freehold and leasehold to Crown land and joint ventures. As land is returned to Iwi, business partnership opportunities are being explored and developed.

Leading-edge technology and tools combined with the development of customized applications and investment in genetics and forest nutrition are all focused on improving growing methods, productivity and financial performance.

We are committed to responsible forest management practices and demonstrate this through Forest Stewardship Council® (FSC®) which guides social, economic and environmental practices.

We look after our people. We believe good health and safety performance and good business go hand in hand. We provide safety education, training and support for all our people, helping them excel.