The Department of Conservation (DOC) called in Rayonier Matariki Forests to help keep a group of sea lion pups safe that had taken up residence in a roadside tidal pool near Hina Hina Forest.

Rayonier Matariki Forests (RMF) is currently harvesting trees in Hina Hina Forest and DOC had concerns for the pups’ safety with the increased vehicle traffic on the road.

DOC’s senior biodiversity ranger, Rosalind Cole, said after losing sea lion ‘Matariki’ and her pup earlier this year after being hit by a vehicle while nursing on the road at night, they wanted to take every precaution.

“The pool is located quite near the road and the sea lions normally swim under a culvert to access it. They are highly mobile though and sometimes end up on the road - which can be dangerous for both them and passing vehicles. We let Rayonier Matariki Forests know of our dilemma and they immediately got on board, looking for solutions,” said Ms Cole.

Rayonier Matariki Forests forester, Olly Halleaux, said posters were created about the playful pups to ensure all harvesting crews and everyone in the area were keeping an eye out for them.

“All the team got right behind helping these pups stay safe and as a result, traffic slowed right down in the area, and now our smoko room is adorned with sea lion pup pics,” said Mr Halleaux.

“Sea lions often show up in strange and different places along our coastlines, and this is a great example of people working together to share their space with our marine taonga,” said Ms Cole.

DOC invited one of the Rayonier Matariki Forests team to join the pup tagging mission as a way to share more knowledge of these special animals.

Forestry Services contractor, Gary Squires, lent some muscle to the job of holding, tagging, microchipping and releasing the sea lion pups. Most fittingly, one of the pups was none other than Matariki’s granddaughter who was in great condition, heavy and strong.

New Zealand sea lions are one of the rarest sea lion species in the world, numbering around 12,000. Most of the population are found at Auckland and Campbell subantarctic islands but there are emerging breeding locations at Stewart Island/Rakiura, Otago and Southland regions. 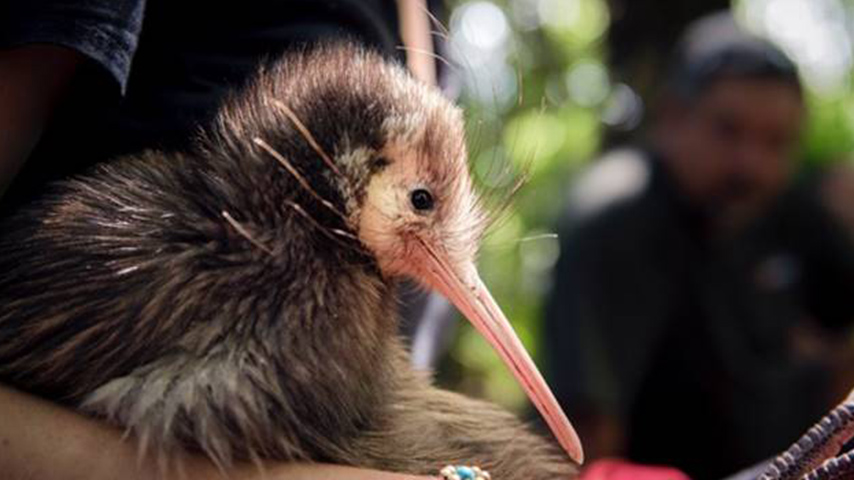